by the villain driving to park in front of the shop before using a gun to shoot at the glass door of the gold shop until it shattered Before walking in, using a steel cutting weapon to cut into the bars but was shot back by the store owner using a shotgun scattering bad guys Run away from each other Three villains managed to escape and one was seriously injured.

later After the clip in which the store owner used a shotgun to shoot back against the villain was shared online. Many netizens flocked to search for information. The real owner of the gold shop is Mr. Pisit Rapitphan is a championship shooter. marksmanship trophy There are pictures of several trophies and several firearms inside the room. and such shotgun weapons are Benelli m4 Interested in the price of this gun, the price is over 1 hundred thousand baht.

It is reported that Mr. Pisit is a marksman. I have free time to practice shooting at the 310th Army Base regularly.

Italian shotgun Benelli M4A1 (Benelli m4a1) that the owner of the gold shop in Tak province used in the shooting of 4 robbers was the same gun that John Wick used in the movie John Wick 2: Stronger Than Hell John Wick: Chapter 2 released on 2017

In which the standout scene is the Gun Shopping Scene, John Wick goes to choose an armory to prepare to attack the enemy. until it became one of the most popular scenes in the story along with ending with the sentence that “Happy hunting, Vic.”

The trainer reveals that the owner of the gold shop is a marksman.

Maj. Col. Kitti Kerdphon, officer of the Civil Affairs Division, Royal Thai Army (RTU) 310, Field Officer, RTU 310, as a firearms instructor for Mr. Pisit Rapitphan, 46 years old, owner of a gold shop. Said that Mr. Phisit Came to train in the basics of firearms at the field of the 310th Military Circle with his wife 8 years ago. He is an enthusiast in shooting sports and used to compete in a competition organized by the field in Tak Province and received a trophy.

The police were able to arrest one injured perpetrator and freeze one body to expand the case. As for the other 2 villains, the police officers are rushing to lead the investigative team to track them down. along with coordinating officials from border security agencies Watch out for illegal escape across the border to neighboring countries along the western border of Tak Province. 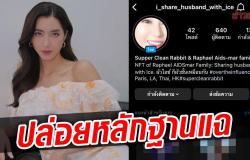 Mysterious IG claims to use the same husband as Ice to go ahead and reveal – releasing evidence, challenging the actress.

Launched new country boy band Just the first song is bang! Got Jakraphan, made by himself

Shocking football fans. Video leaked. Gonzalo Ramos, the star of the Portuguese national team, what does it go up and down?

We travel together, Phase 5, come for sure, 2 billion 5.6 hundred thousand rights to the cabinet today

Found it! The body of a 31-year-old German tourist suffering from depression Cliff jumping in Krabi